The natural mineral Clinoptilolite Zeolite obtained from volcanic rock, has been in use for natural detoxification since ancient times. To date, there are more than 45 different, naturally occurring zeolites, yet it is only in the form of natural Clinoptilolite Zeolite that the mineral should be used for detoxification as its finely micronised particle size Zeolite Detox has greater bio-availability.

Zeolite Detox can be used as a food supplement as well as used externally for a face and body mask or added into bath water for a detoxifying bath.

The Clay Cure Clinoptilolite Zeolite is approved as a feed additive.

The binding properties of the natural mineral clinoptilolite -zeolite are used in many different fields, e.g. as an additive to animal feed, in the agricultural industry in the rearing of young animals, for odour binding, soil conditioning, in fish farming, for water purification, in the nuclear and aerospace industries, as well as in medicine and cosmetics.

Please seek medical consultation from a qualified healthcare professional if you want to consume clay internally.

Zeolite forms when volcanic lava meets seawater. Due to the unique conditions that occur at that moment, zeolite forms small cages, becomes very porous, and takes on its unique charge both within the cage and on the surface. The charge occurs when the minerals present in the seawater lock into the structure, and the transformation from molten rock to beneficial mineral takes place.

The ability of zeolites to loose and gain water reversibly and to exchange extra-framework cations, both without change to the crystalline structure, is the basis of their unique properties as “molecular sieves.”

Zeolite is a unique mineral that adsorbs the toxins, releases radicals and metals from your body and boosts your immune system.

It has been proven to balance the body’s pH and create an environment in which harmful foreign cells cannot grow.

We are regularly exposed to heavy metals, radiation, and other types of waste products exhausted from industrial sites into the environment. Over time, these toxins build up in our bodies, creating an acidic environment (or acidosis) which causes harm to our bodies. Cell membranes become “clogged” and our cells slowly suffocate. Build-ups of heavy metal toxins (especially cadmium, mercury and lead) are deeply associated with the development of many serious medical conditions.

Zeolite is Effective in Combating a Toxic Body.

Due to Zeolite’s extraordinary adsorption and selection capabilities, Zeolite binds with waste products, toxins, and most importantly, with harmful heavy metals; allowing these substances to be easily eliminated from the body. Zeolite is often used to eradicate heavy metals such as lead, cadmium, and mercury build-ups (such as those used in dental amalgam fillings). Due to the alkaline properties of Zeolite, the body’s alkalinity can be increased and pH levels can be properly regulated.

But Zeolite can do a lot more! It is also a highly effective antioxidant due to its ability to neutralize free radicals. Free radicals are atoms, or groups of atoms, with unpaired electrons. They are highly reactive and can do a great deal of cellular damage when they come in contact with other molecules. Over time, they can become highly destructive to cellular components, such as tissues, DNA, and cell membranes. As a result, cells often function poorly or die due to this destruction.

Zeolite is a powerful antioxidant that protects against this cellular destruction. While most antioxidants share an electron with free-radicals to stabilize them, Zeolite absorbs the entire free-radical, thus permanently neutralizing its potential danger and damage to adjacent cells.

Zeolite is the Super Detoxifier

Ingesting toxins is unavoidable. However, daily detoxing by Zeolite will help curb the damage any toxins could do by extracting them as soon as they have built up. For this reason, Zeolite is believed to be one of the most important substances for maintaining our health. Since detoxing by Zeolite is gentle and lacks a healing crisis, there should be no concerns about taking it. It is recommended to take Zeolite at least once per day for optimal effects.

Studies have shown that Zeolite has a high affinity for trapping lead, cadmium, arsenic, mercury, and other potentially harmful metals. Through the process of cation exchange, zeolite can lower overall heavy metal exposure in individuals. This would have a dramatic effect on the reduction of risk of certain cancers, heart disease, and any other sickness that may stem from or be worsened by the accumulation of toxins.

Zeolite is a unique antioxidant. A traditional antioxidant works by absorbing excess free radicals into its system because it has an impaired electron. In contrast, Zeolite traps free radicals in its complex structure, therefore deactivating and eliminating them.

ZEOLITE HAS BEEN KNOWN TO:

Be used for liver relief through detoxification of the intestinal tract
Help stop acute and chronic diarrhoea
Help raise the body’s antioxidant levels
Bind mycotoxins, forming stable complexes
Assist in stabilizing and regulating the immune system
Bind unwanted pollutants already in the digestive system even before they are taken in by the body
Pollutant-binding and cleansing
Alkalise the body by providing alkalising minerals and supporting kidney function
Remove heavy metals (mercury, lead, cadmium) and toxins
Support a healthy gut

How does Zeolite work?

Zeolite is an alkaline mineral that is very porous and has a negative charge. Since most toxins, such as heavy metals, radiation, and pesticides are positively charged, Zeolite is pulled towards toxins like a magnet and sucks them up into its structure.

How long does it take Zeolite to work?

Zeolite works immediately. As soon as you take one amount, it will immediately start detoxing.

When will I see or feel a difference?

It depends on each individual. Some may feel a difference immediately, and some may feel no difference at all. This does not mean that it’s not working; Zeolite is always detoxing. It also depends on the level of toxicity of each person’s body.

Nevertheless, one should continue to use zeolite at least three times per day until their health issue is resolved, and use it at least once per day to maintain good health.

Is there a difference between various types of zeolite?

Yes, there are many types of Zeolite, but only Zeolite-Сlinoptilolite should be used in supplements. Further, there are also different levels of purity in supplements. Often, Zeolite can be “dirty” because it is contaminated with impurities contained in the soil.

What is the difference between other detoxifiers and zeolite?

Other detoxifiers are often accompanied by a healing crisis. Zeolite is absent of a healing crisis because it has a strong structure, which protects the bond between a toxin and Zeolite. This means no healing crisis and so there should be no sick feelings experienced; rather, a gentle and safe detox is given instead.

Who can take Zeolite?

Most people can take zeolite. It is non-toxic and you should have no adverse effect.

Make sure you are well hydrated before starting on a zeolite regime and stay hydrated every day.

If you are pregnant or have a serious medical condition please consult your doctor. This product is not intended to replace or negate medication and or guidance from a registered GP.

1 heaped teaspoon in a glass of water twice daily, on an empty stomach, wait a minimum of 45 minutes before having solids, make sure to drink plenty of water, as this will help the process of detoxification.

Please seek medical consultation from a qualified healthcare professional if you want to consume clay internally.

Because of EU Regulation on nutrition and health – The Clay Cure are limited on any nutrition or health claims on these products. This does not mean you can’t research your own information on the internet, concerning these products. 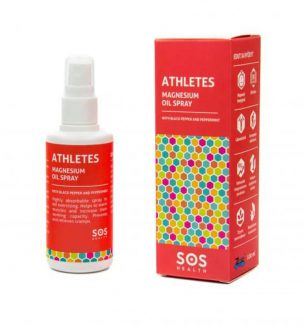 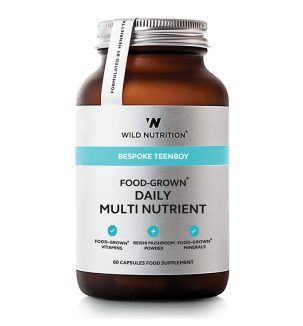 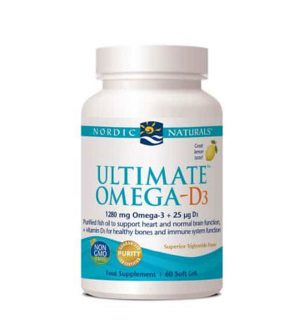 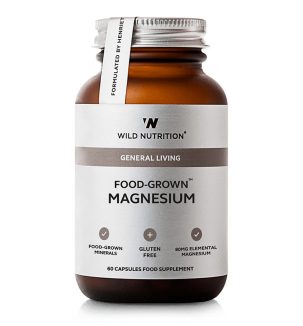 £16.50 Wild Nutrition Food-Grown Magnesium is for all the family, providing…
Add to basket